In Defense of Red Meat-Part 2

This series-In Defense of Red Meat-was inspired by the growing number of people I talk to who have great concerns regarding eating red meat. In part 1 of this series we discussed what red meat is. This will address what red meat isn’t. But first, it is important to recognize that many of the studies that are tossed around in the media are poorly designed. Chris Kresser does a great job of breaking down many research flaws that occur in these studies. So once you get past the idea that not everything you hear about in the media is not always in your best interest, it opens you up to see past the smoke and mirrors to what is actually going on.

Red Meat Isn’t the Cause of Heart Disease

Back in the 1970s the reputation of red meat began it’s decline. With the increase of heart disease there were many studies going on to determine the cause.  This is about the same time that Ancel Keys famed Seven Countries Study started getting teeth in the consumer world (if you are not familiar with the Ancel Keyes study it will be a blog post for another time). The quick and dirty of this study suggested that saturated fat is what causes heart disease. This idea was adopted by the major  medical and governmental agencies and has held on tight ever since. However, it has been disproven numerous times. Just one example is this meta-analysis study published in the Journal of Clinical Nutrition which analyzed 21 previous studies and concluded that saturated fat is not associated with increased risk of heart disease. And this study in the British Journal of Medicine wants to “bust the myth of saturated fat’s role in heart disease.” I believe the study of nutrition is in it’s infancy, and it is possible there was a time when science felt there was a strong correlation but that information is outdated and has since been proven differently. And as Maya Angelou says, “now that I know better, I do better.” So eating red meat will bring you the benefits that other meats won’t provide and it won’t cause heart disease.

As it goes, many early studies evaluating the correlation between heart disease, diabetes, and stroke included red meat and processed meats together, as if they were the same thing. By definition,  processed meats are changed from their natural state, usually with the addition of a 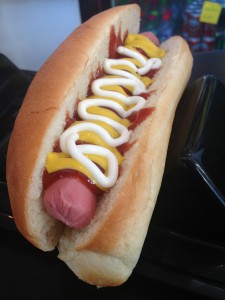 varying food additives. Once it was recognized that red meat and processed meats (hotdogs, lunch meats, sausages, pepperoni, pastrami) are not the same they began being studied that way. This meta-analysis study  published in Circulation Journal (I love meta-analysis studies because they evaluate a plethora of previous studies) evaluated 20 studies. They broke up processed meats and red meats into two different categories and concluded that processed meats, not red meats, did contribute to heart disease and type 2 diabetes.  This study also differentiated between red meat and processed meats and concluded that processed meats increase the risk of diabetes, specifically in young and middle aged women. So while meat can contribute to feared chronic diseases, it would be naïve to think that all meat is created equal.

When we recognize the difference between red meat and processed meats we can then further differentiate them into conventional red meat (grain fed-what you typically find in the grocery store) and grass fed meat. Most studies look specifically at beef, since it is the most common type of red meat. Beef cattle are fed two different ways-the conventional feed is grain based (corn, soy, wheat), or what a cow naturally eats, 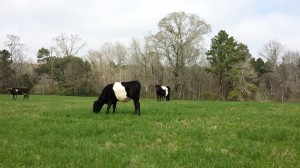 which is grass. Grass fed beef is lower in overall fat than grain fed. And while the saturated fat content remains about the same, the specific fatty acids differ greatly. Grass fed beef is higher in stearic acid, which is cholesterol-neutral (meaning it will not raise cholesterol levels). Conventionally fed beef does have higher myristic acid and palmitic acid, both which are known to raise cholesterol. In addition, grass fed beef is higher in CLA (conjugated lineolic acid), which is a fatty acid protective of certain types of cancers and to decrease body fat. And lastly, grass fed beef is significantly higher in omega-3 fatty acids. High amounts of omega-3 fatty acids are related to decreased incidence of depression, memory loss and Alzheimer’s disease, heart attack, rheumatoid arthritis, and cancers. If all of these were not enough, grass fed beef is a good source of the fat soluble vitamins A and D, and the beef has the appropriate amount of fat available to allow for absorption of these vitamins (this article published in the Nutrition Journal has more detailed information about the specifics of fatty acids in grain vs grass fed beef). So it stands to reason that the nutritional value of meat is directly related to the feed the animal consumed.

So we can see that it’s easy to put a blanket statement on red meat, however, they are not all created equal. Depending on their feed and how they are analyzed in research studies will depend on the quality and nutritional value of the meat. And while it may all look the same from the outside the quality of the meat you purchase will make a difference in your overall health and wellbeing.

Click below to enter and get healthcare quality supplements.